The Loss Of Friend To Suicide

Fr. Dale Matson
I have been meeting with male friends nearly every Thursday morning for coffee and conversation followed by a bike ride for almost 20 years. These men have been active in multiple sports and most are competitive in their respective age groups. I will be 70 years old soon and am the youngest member of the group.

As we go around the table there is the usual “organ recital” of medical complaints. Most have had lesser forms of Cancer, heart irregularities, strokes and other maladies. We are all dying in bits and pieces and it is accelerated in the later years.

I had a link with one member john (not his real name) not shared by the others in the group. He spent two years as a novice in a Trappist Monastery. He and I both had a real affinity for the writing of Thomas Merton who was also a Trappist Monk. John eventually left the order because the experience was too austere for him. We sometimes got into side conversations about his experiences in the monastery while the main table talk moved along in another direction. Although he left the monastery, it never left him. He was well along in conversion of manners and a humble man with a gentle demeanor. Sadly for me, he had given up on his Catholic faith but perhaps there was still faith. As a social worker, he spent the last years of his career helping in the Central California Women’s Facility in Chowchilla.

About a year ago John fell off his bike while riding with our group on the usual route. He complained of muscle weakness, fatigue and dizziness and was helped back on his bicycle. It appeared to be some kind of ataxia. John continued to ride but each ride was slower and shorter than the previous ride. He seemed almost matter of fact about his problems. I noticed that he let his hair grow grey. I didn’t realize he had been coloring it before this.

He was divorced with a daughter that he rarely discussed. He had a female friend but never talked about their relationship. He kept his private life to himself. He became more serious the last few months and it made sense to me that he would be this way. He was willing to discuss his infirmities and it bothers me that we didn't ask him more about his problems. Some of us are more willing to impose the excruciating details of the medical interventions on the group at the drop of a hat. I believe he was dropping into a deep depression.

Last Thursday he came on his bike but said he would only be riding it back home. He would not be riding with the group. He said “I won't be riding my bike anymore.” Little did we realize the deeper meaning in that statement.

I don't know the exact diagnosis or the course of his illness but it was chronic, progressive and the outcome was death. For some reason, I thought that down the road, I would be visiting him in the latter stages of his illness. It was not to be.

Today another member said that John had committed suicide last Saturday. We don't know the details but was dead when he was discovered, either by a friend or daughter. I believe, knowing him that he did not want to be a burden to others in his last days. In this sense I do not see it as a selfish act.  Part of his difficulty was that he was formerly so active. His quality of life had dropped from much higher functioning than most. He was not a couch potato. He saw his quality of life ebbing away and his dignity being dissolved.

As a crisis intervention worker thirty years ago I received lots of calls from people who were despondent and wanted to be talked out of killing themselves. With John we did not suspect that he had planned to do this. There may have been signals but we did not see them.

I do not believe as a Christian that our lives belong to us and that we should take our own lives. I prayed over him outside a month ago and he thanked me. I pray that God will receive him in His grace and mercy. RIP.

Suicidal ideation is very common followed by suicide gestures, attempts, and completed acts. My experience with persons who made a gesture or attempted suicide is that they regret having taken the action. Most people never let anyone know about the ideations which is the best time for intervention. God forgive him and forgive us when we miss the warning signs. 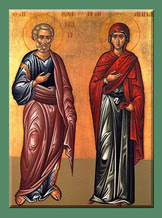